The OnPitRoad.com Legends Series made its next to last stop of the season at South Boston, VA last night and while Ronald Henrie showed he was unbeatable, Mitch Leinen capitalized on a slight bobble to take the lead and the win. 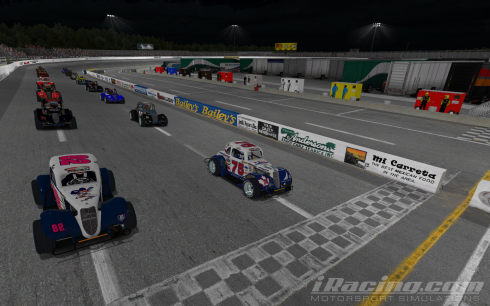 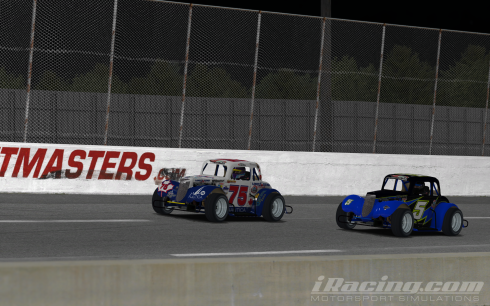 A bit of internet connection malfunction placed a pitting car dead center of the track and directly in the path of Henrie, just long enough to cause him to falter and lose his momentum. Leinen grabbed the lead with 12 to go and won the race. Henrie finished 2nd followed by Matt Hoose, Kalen Fagan, and David Schaeffer. 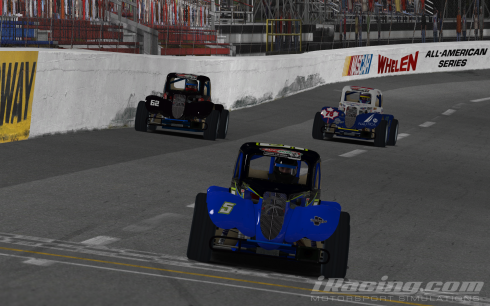 Brian Young finished 13th, 36 laps down, but retains the championship points lead. Leinen moves to within 5 points while Lowell Jewell falls to 50 points back from Young. Next week is the final race of the 2014-A season! Who will take the championship? We’ll settle it all at New Smyrna Speedway in New Smyrna Beach, FL. under the lights!

Like Loading...
This entry was posted on Sunday, April 6th, 2014 at 10:02 am and posted in Bootleg News, Crooked Still Legends Series, iRacing, OnPitRoad.com. You can follow any responses to this entry through the RSS 2.0 feed.
« Hoose Wins Langley
Brian Young – Champion »